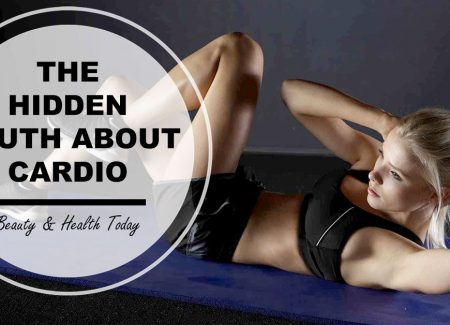 In western cultures like ours, countries like the U.S., UK, Australia, Canada and other European nations,
what’s the first thing that anybody thinks of or tells you whenever the idea of weight loss is brought up?
You’ve got to hit the treadmill, exercise bike or the streets and burn those calories! 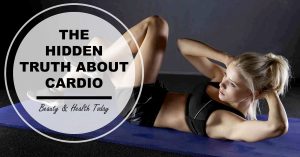 On the surface of it, this makes sense, right? After all, you’re doing a lot of work and you’re sweating
and breathing heavy. Surely running a few miles every day must be dissolving those unsightly LB’s like
crazy, right?

Would you be surprised to hear that this is actually wrong?

Yes, cardio does burn calories, it’s true. And yes, some cardio is good for you. Light cardio promotes a
healthy heart and increases your endurance. On the other hand, though… heavy cardio actually begins
to have the opposite effects.

Before I get into why, let me give you a simple but common sense example. Imagine pre-historic Man.
These men and women are running around the Paleolithic world chasing down antelope, red deer,
aurox, bison and the occasional wooly mammoth. Most of their diet comes from animal protein and
what edible plants they can scrounge. 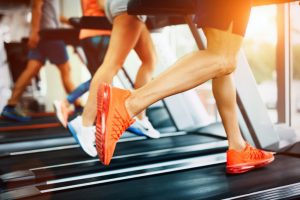 Well, if cardio was so great for losing weight, these people would simply starve to death while running
down their food. All that cardio would burn through their energy reserves faster than they could
replace them. Yet they didn’t starve to death… why?

For one thing, a lot of heavy cardio is hard on your knees and feet. Second, it’s also hard on the heart.
Too much cardio actually begins to add scar tissue to your heart and increases your rate of heart attack.
We didn’t realize that for a while until many scientific studies were done on the subject.

As for losing weight, excessive cardio actually has the reverse effect and here’s why. Our bodies are
genetically designed to survive. Our body’s job is to store energy as fuel both for its immediate use and
in the form of fat for those times when food is scarce. In modern times, of course, food isn’t really
scarce, so this built in safety feature is rarely needed.

However, when you deprive your body of the nutrients it requires, either by starving yourself on some
crazy diet or by over-taxing your body with lots of cardio, it begins to switch into survival mode.
Additionally, and unfortunately with heavy cardio, your body also becomes anabolic. 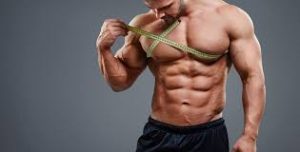 This means that it begins to burn the most effective source of energy first – and that’s not fat… it’s your
muscle. Take a good look at some of these chronic long distance runners who compete. Many of them
are kind of stringy looking and have to pack in the carbs just to maintain their muscle mass.

You want your body to burn fat, not muscle, obviously. It’s not really about calories, as many diets and
so-called fitness gurus try to make you believe. Calories are only a means of measuring food energy.
Yes, if you want to lose weight, you must take in less calories than you consume, yet there’s so much
more to it than that.

The biggest secret to weight loss isn’t running 10 miles every day, starving yourself or even avoiding
some of your favorite carbs, believe it or not. In fact, if you’re going to lose weight properly, it’s actually
important that you do eat some of your favorite foods!

I know that sounds crazy, too – but it’s absolutely true, and I can prove it to you! If you know how to
use your body’s natural processes to your advantage, it’s entirely possible to lose 10, 20 or even 30+
pounds in a single month without starvation diets, gut wrenching cardio, ridiculous workouts and eating
anything gross! It’s true and I can show you the science to prove it!

Want to know more about dropping some stubborn LB’s right away? Then click this link and I’ll show
you a video that’ll explain how and show you the science backed by independent clinical studies to
prove it.