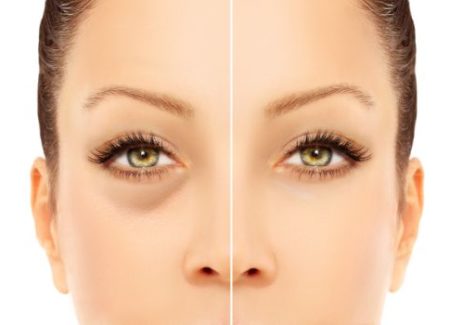 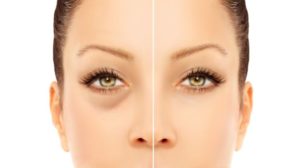 Aging: The skin under the eyes is very thin and delicate. As we grow older, it becomes thinner making blood vessels more prominent, causing dark circles to appear.

Nutritional deficiency: Poor nutrition can cause dark circle around the eyes. A healthy diet filled with nutrition like vitamins like A, C, K, E can help to get rid of dark circles. 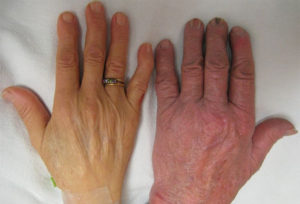 Sleep deprivation and tiredness:  Excessive tiredness or lack of sleep results in pale skin. Pale skin makes blood under the skin to be more visible and appear more blue or darker. 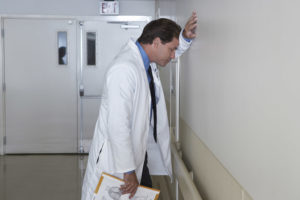 Drinking and smoking: Dark eye circles can be caused by the loss of water from the body (dehydration) due to excessive drinking and having caffeinated drinks. 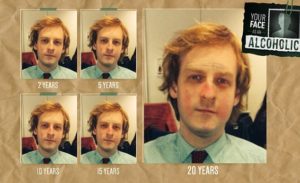 Sun exposure: Long sun exposure may increase the production of melanin around eyes, giving them a darker color. There are two main layers of skin, the outer layer is known as epidermis and the inner layer is known as thedermis. When excess melanin is produced in the epidermis it appears brown, and when there is more than normal melanin in the dermis, it looks blue or gray. 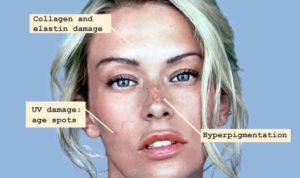 Hormonal changes: Women’s skin undergoes lots of changes during the phases of pregnancy and menstruation, causing darkening below the eyes.

Anemia: Low iron levels result in poor oxygenation in body tissue due to the lack of oxygenated blood.

Dehydration: Dehydration is one of the most common causes for dark circles under the eyes. Hydration is very important for overall beauty and well-being of a person, and it’s a good idea to drink adequate water and limit the intake of caffeinated drinks.